The One Pillar Pagoda was originally built by the Emperor Ly Thai Tong between the years of 1028 to 1054 and is regarded as one of Vietnam's two most important temples.

Built of wood on a single stone pillar in the center of a lotus pond, the pagoda was designed to resemble a lotus blossom, which is a Buddhist symbol of purity, since a lotus blossoms in a muddy pond.

The shrine inside the pagoda is dedicated to the Vietnamese Buddhist deity Quan Am. One of Vietnam's iconic temples, the pagoda is set in a beautifully tranquil garden.

The pagoda was actually rebuilt in 1955 when the base was destroyed during the French evacuation of Hanoi. 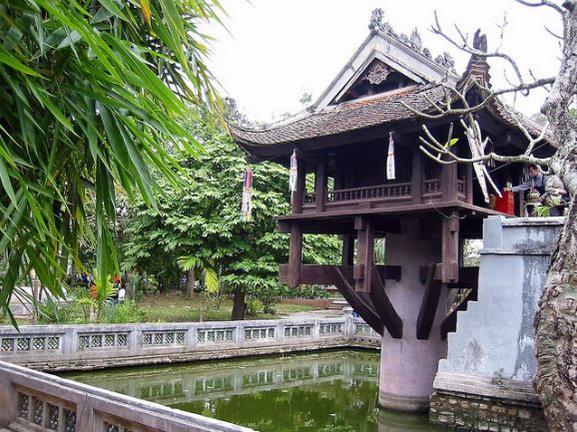 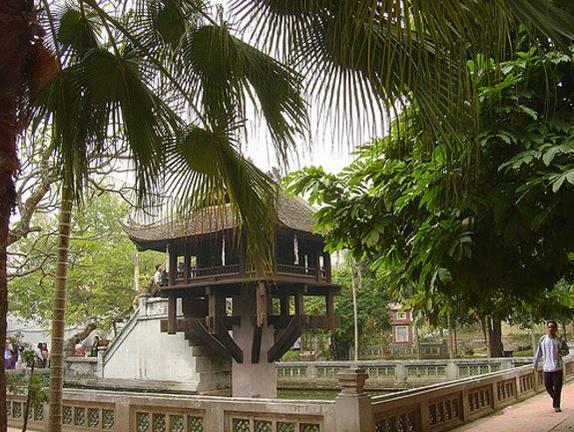 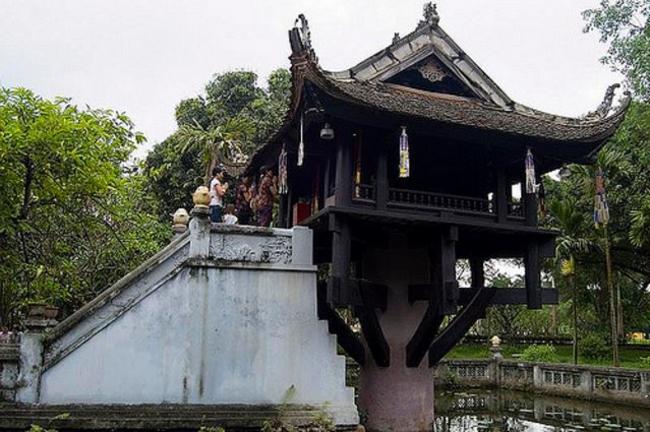 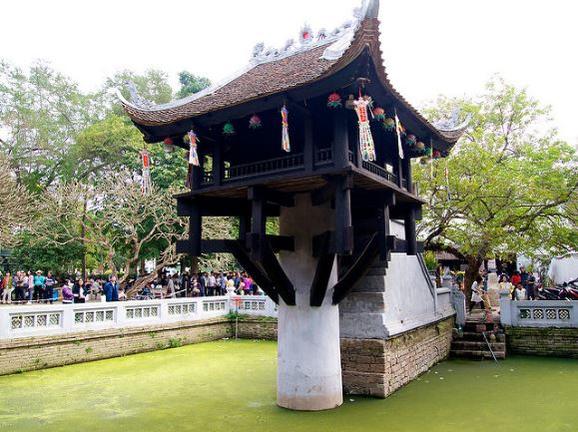