Hoan Kiem lake is situated in the historical centre of Hanoi, close to the Old Quarter.

The name of the lake means "Lake of the Returned Sword" or "Lake of the Restored Sword", so named because according to legend, in 1428 an Emperor of the time returned a magical sword to the lake, and the Golden Turtle God, who had loaned him the sword to help fight off the invading Chinese.

The lake is one of the major scenic spots in Hanoi, and serves as a focal point for its public life. It's a great place to wander around, especially in the early morning when locals are exercising.

Of particular interest is Ngoc Son Temple which is reached by crossing the iconic red bridge. 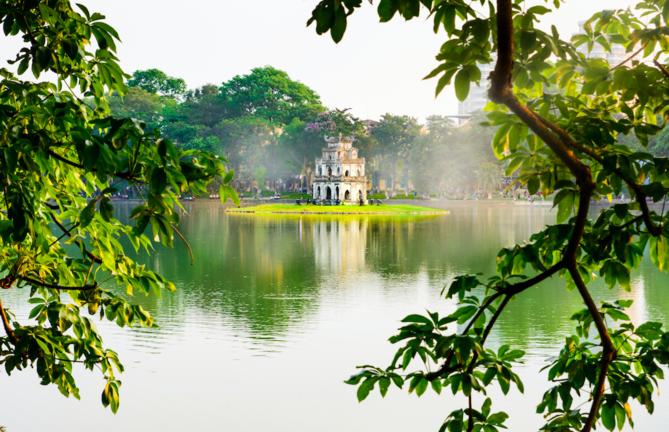 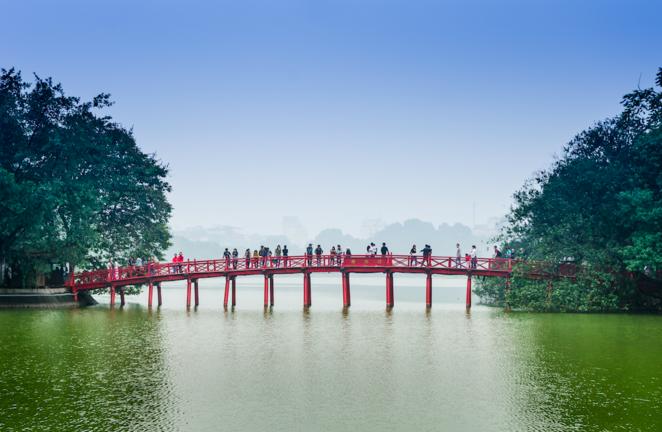 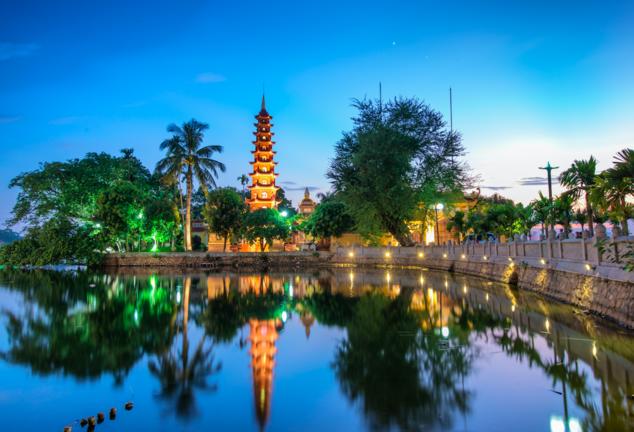 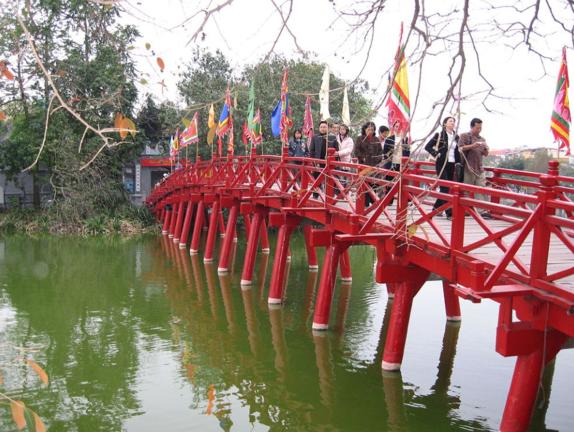 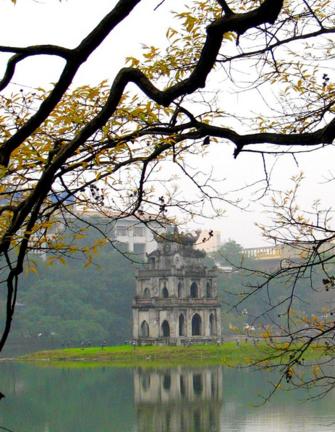