Set on a small hill right at the central heart of the city, the Buddhist temple of Wat Phnom is one of the main sights of Phnom Penh and houses four bronze sculptures of Buddha.

The temple is famous in Cambodia because of the history of its fabled founder named Grandmother Penh after whom the city is named. It was constructed in 1372 and standing at 88 feet tall it the tallest religious structure in the city.

The sanctuary itself was rebuilt several times in the 19th century and again in 1926. The interior has a central altar complex with a large bronze seated Buddha surrounded by other statues, flowers, candles and items of devotion and worship.

The walls are covered with murals, especially of Jataka stories of the Buddha's earlier reincarnations before his enlightenment. There are also murals depicting stories from the Reamker, the Khmer version of the Ramayana. The newer murals in the bottom tiers are somewhat balanced, traditional and modern.

The southwest corner of the temple and stupa, is a small shrine dedicated to Lady Penh. The front is often crowded with the faithful bringing their prayers and food offerings to the woman deemed responsible for the founding of the wat.

This is where you'll see devotees come to the temple with flowers and incense to offers prayers to the deities. It's a very good location for photography. 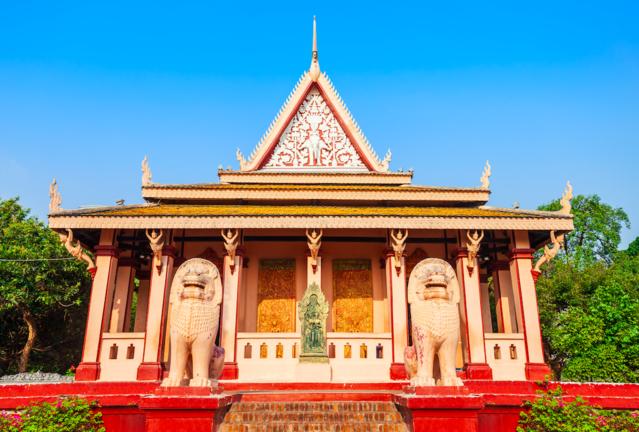 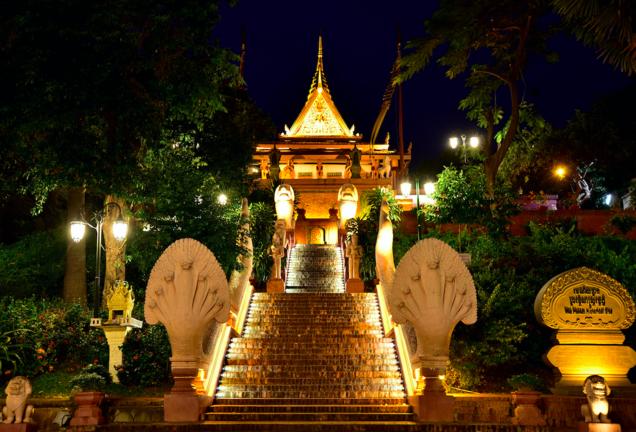 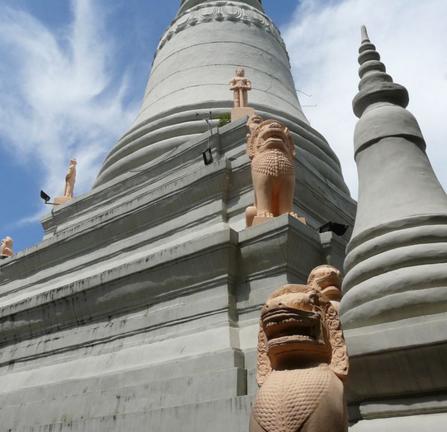 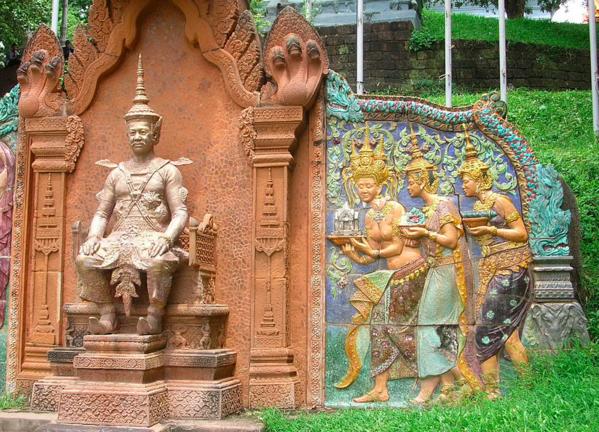