Located about ten kilometres northwest of Mandalay, Mingun rests on the banks of the Irrawaddy River. The town is known for its numerous temples, pagodas, shrines and meditation centres.

Most famous is the enormous unfinished Mingun Pahtodawgyi, an impressive 18th-century pagoda projected as being 150 metres.

Commissioned by the eccentric King Bodawpaya in 1790, the building was left unfinished intentionally, as there were various superstitions surrounding - for example, ‘as soon as the building of the pagoda was over, the country would also be gone’.

Get an idea of what it would have looked like complete by visiting the Pondaw Pagoda, a stunning whitewashed monument with a golden spiral.

Other highlights include the wave-like Hsinbyume Pagoda (or Myatheindan Pagoda), and the Mingun Paya bell (the second largest in the world). 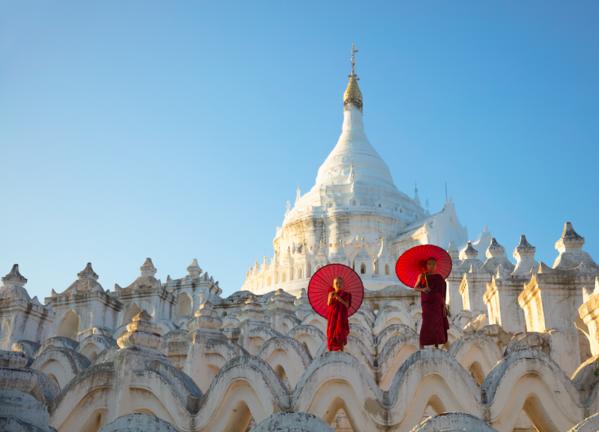 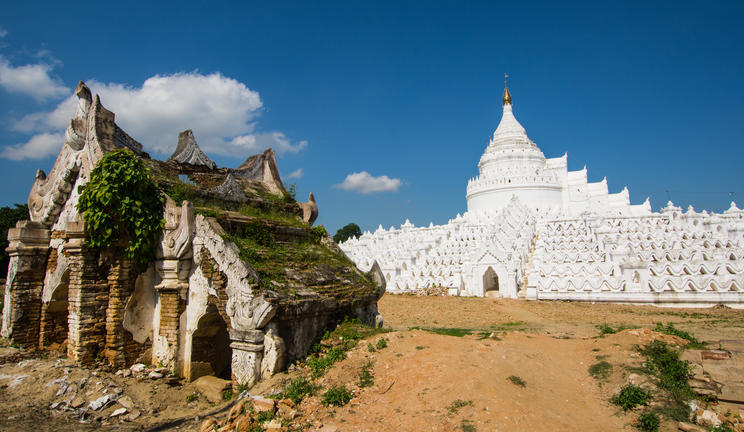 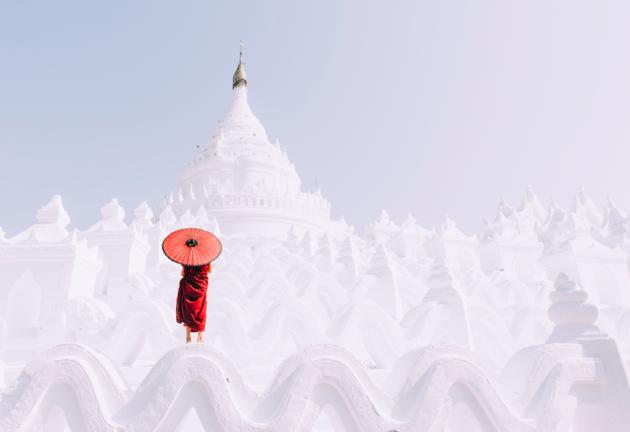 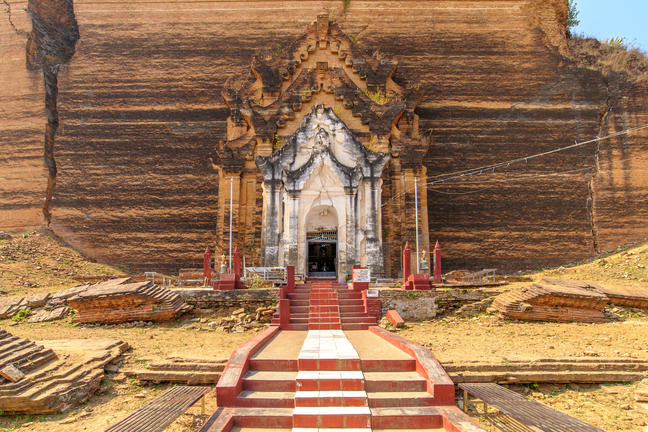 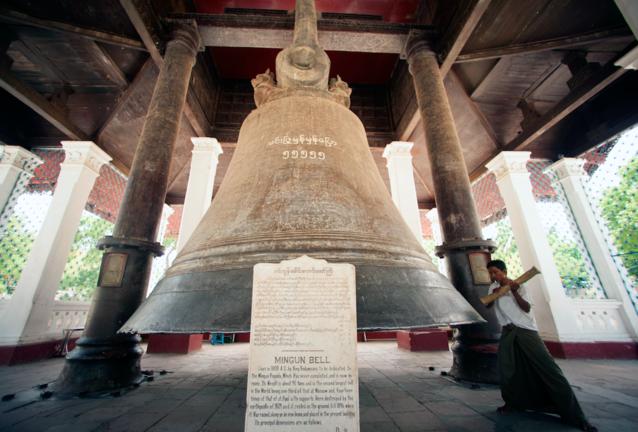 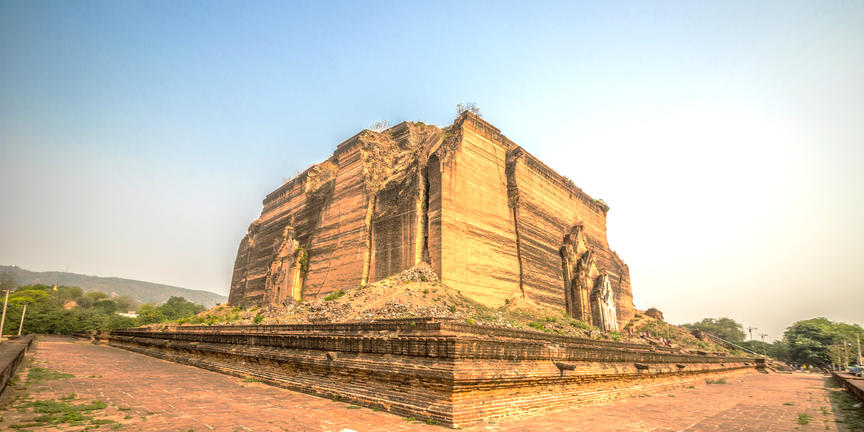 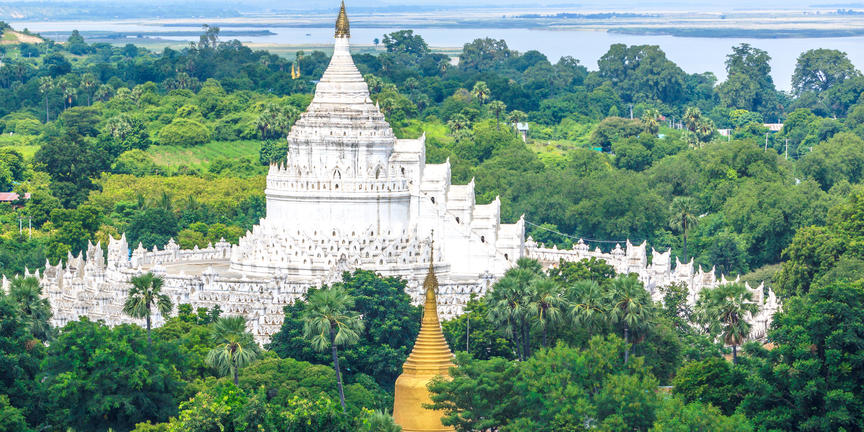 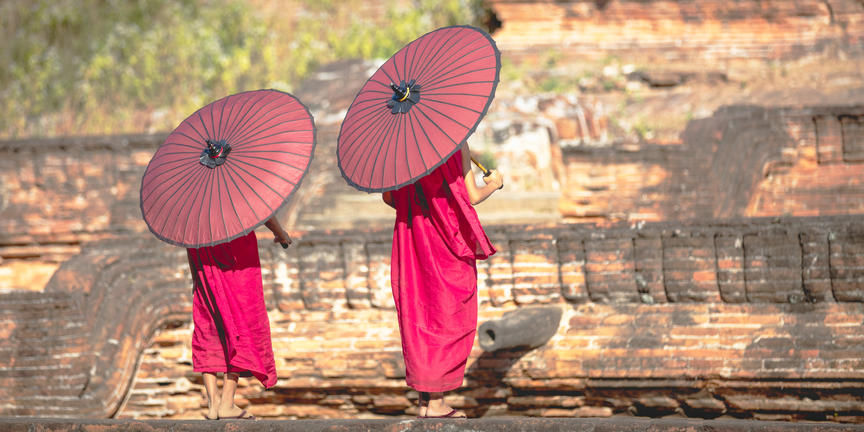 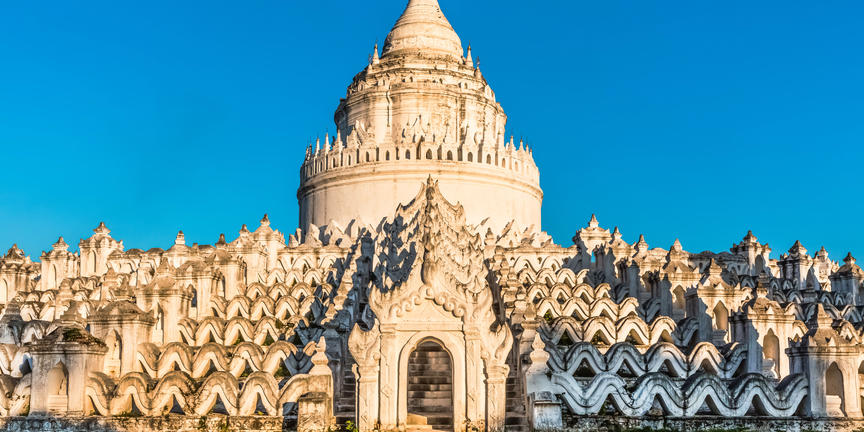 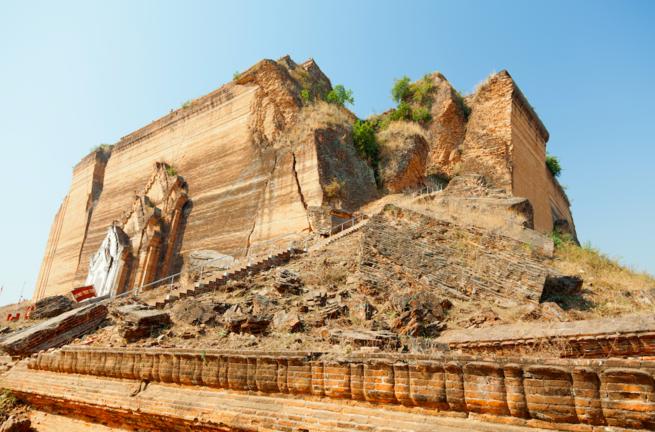