Located southwest of Mandalay, the Mahamuni Buddha Temple, also referred to as the Mahamuni Pagoda, is a major pilgrimage site and Buddhist temple.

The Mahamuni Buddha image is described in ancient tradition as one of five likenesses of the Buddha created in his lifetime.

According to the legend, the Buddha visited the Dhanyawadi city of Arakan in 554 BC. King Sanda Thuriya requested that an image was cast of him. After casting the Great Image, the Buddha breathed upon it, and thereafter the image became the exact likeness of the Mahamuni.

The temple is highly venerated in Burma as it is seen as an expression of the Buddha's life. 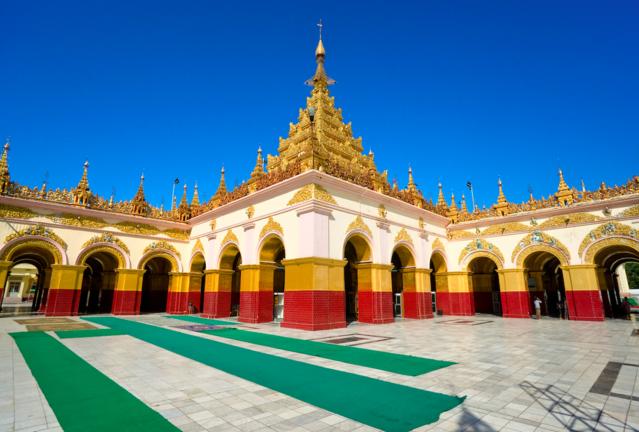 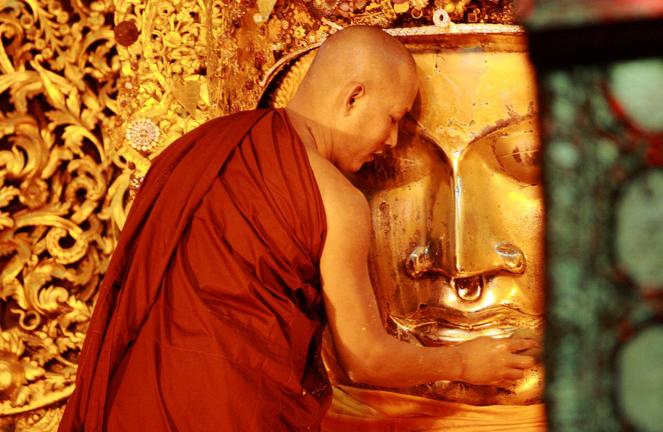 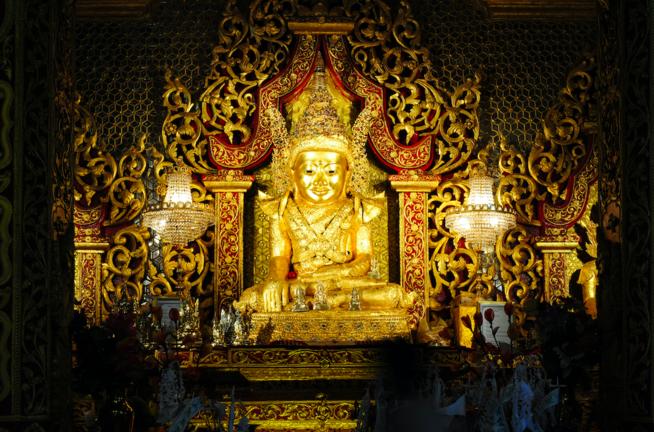 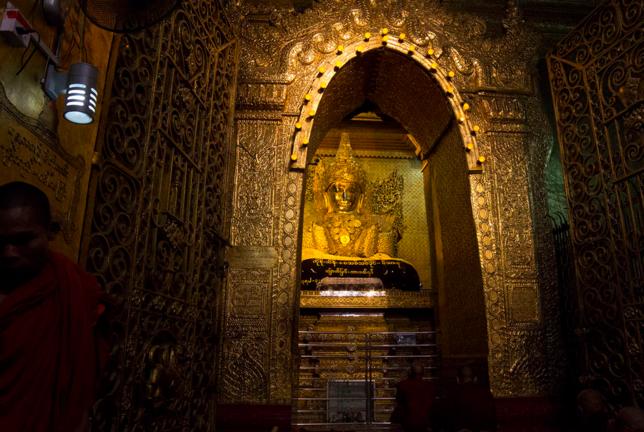 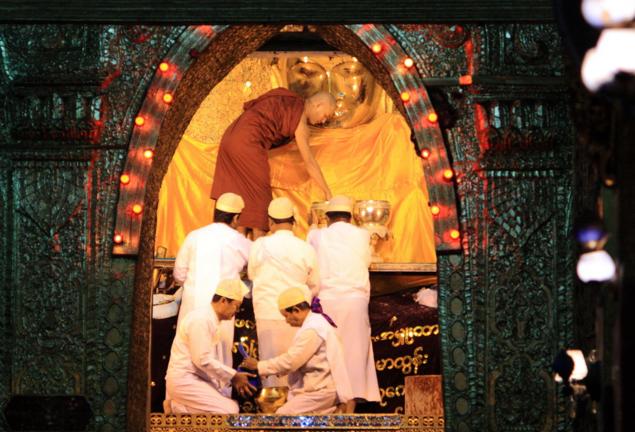 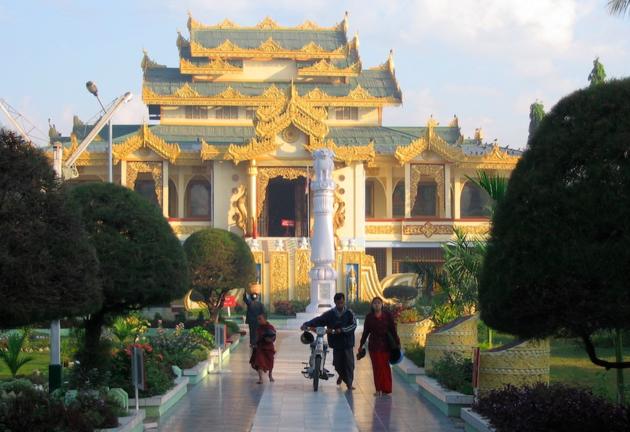 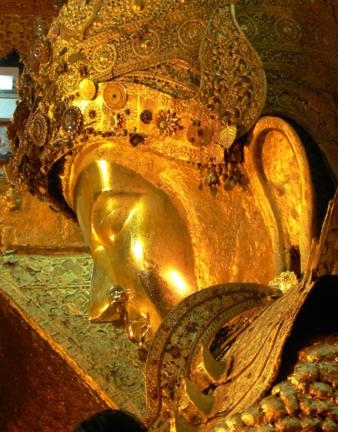